The Castle of Güssing

In 1157 Güssing is already being mentioned and documented. After three versatile centuries under different dynasties, Güssing, Német-Ujvár, - on 30th of June 1524 - is being obtained by the Batthyánys, who nearly half a millennium later until this day, are connected and associated with the castle of Güssing and also carry Német-Ujvár as part of their family name.

Hungarian King Géza II in 1157 called Count Wolfer probably coming from Hainburg on the Danube to Güssing and presented him with mountain Kyscen and the surrounding area. 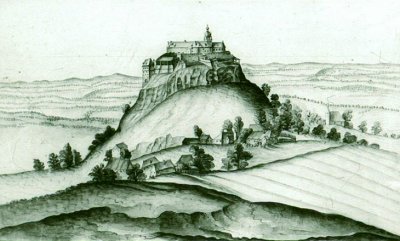 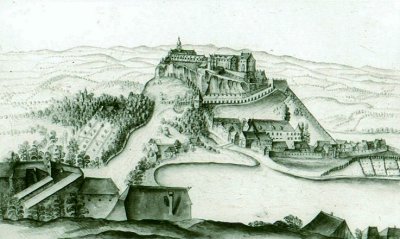 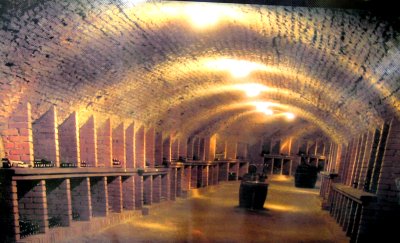 The first wooden castle and monastery is being said to been built by Count Wolfer, it is thought though that the first build-ing owners of castle and monastery were the Benedictines. Already that time the name of the pilgrimage church of Our Holy Mary of Snow is being mentioned, which is today?s Castle chapel.

King Béla III finally had built a strong castle of stone. Since then Güssing being called Novum Castrum, (Ujvár = New Castle, from which Német Ujvár in Hungarian is taken) documented in 1198.

1246 King Béla IV for a brief period of time entrusted the castle to the Order of Saint John (1246) and later to his treasurer Mauricius (1263).

1272 Heinrich II from the dynasty of the Counts of Güssing and a descendant of the first owner Wolfer has been documented as new owner of Güssing. The family though specially so called Ivan the terrible had been involved in several wars against the royal dynasties. They conducted wild raids and were the cause of widespread unrest in the area. Finally, in 1289/90 Duke Albrecht deprived the counts of Güssing of their power with the permission of Ladislaus IV.

Under King Sigismund 1391 the castle went to the dynasty of Cheh de Sáró and Léva. Their descendants however were involved in such heavy debts that all their assets had to be mortgaged and therefore Nikolaus Ujlaki in 1458 came into possession of castle and rule of Güssing. In 1459 those Magnates who were not satisfied with the election of Matthias Corvinus, had crowned Emperor Friedrich III to King of Hungary at the castle of Güssing, by This however remained without success and in the end Ujlaki had to pay homage to King Matthias Corvinus. 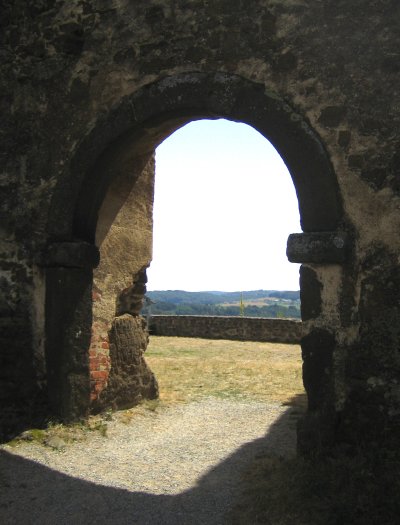 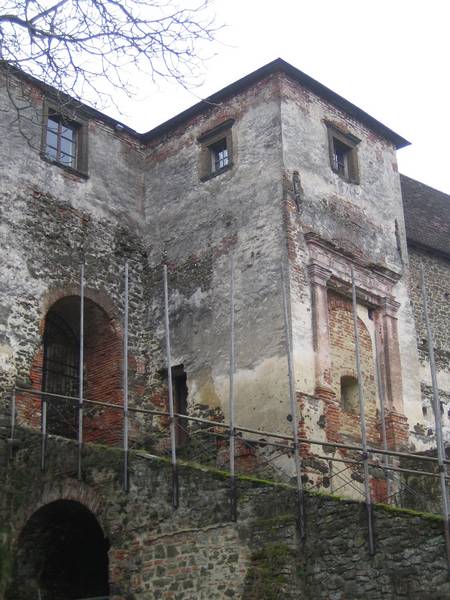 His son, Lorenz Ujlaki, as loyal follower of King Matthew, forcefully and publicly appeared against his successor the bohemian King Wladislav II. This brought the King in rage and in 1495 castle Güssing was heavily damaged through the King`s forces. This forced Ujlaki to reconcile with the King. Four years later Ujlaki died childless.

On Juni the 30th, 1524 finally, Francis I, Batthyány (1497 to 1566) received Castle Güssing consisting of dominion and control of at that time already 60 villages, from his friend of his youth, King Ludwig II. This was a reward for Francis heroic defence of the fortress of Jaicza against the Turks.

From that time on Güssing became the main residence and ancestral castle of the Batthyánys and from then on Güssing was enlarged to a proper fortress against the Turkish enemy with a consistent building activity.

Since then the name Batthyány is inseparable with the past, present, and future of castle Güssing.

When the Turks passed on their way to Vienna for war, they also devastated Güssing. In order to escape total elimination and spare the fortress, Franz I had to arrange himself with the enemy, in which to the relief of the inhabitants of Güssing he succeeded.

From then on the fortress was enforced for 75,000 florins and under Balthasar III, Franz II and Adam I the fortress of Güssing was further enlarged considerably. Between the years of 1540 to 1580 the round tower and bastion with fortifications was built. Because of the permanent and eminent danger of the Turks, the Batthyánys had to hold themselves teheir own garrisons on each of their castles for military reasons. This cost a considerate amount of money. Between the 16th and 17th century not seldom up to 3000 people found shelter at the castle.

Buildings at the castle of Güssing like Francis gate, Adam's gate or several other towers and bastions (widow's tower, canon hall, turret and long bastion) still today give evidence of the architectural activity of the Batthyánys. In 1750 low built prisons among others are mentioned and until 1800 a torture chamber existed on the grounds of the castle.

Under Francis II the Turks (part of the Bocsay upraising) again invaded Güssing and devastated the country, however, fortress Güssing managed to defend itself.

Adam I in 1638 finally brought the Franciscans to Güssing and founded the monastery with the family's burial place and tomb, which since then are inseparable with castle of Güssing. Adam I also further promoted Güssing to a renown place of education for young aristocrats from all over Europe.

1683, under Christoph II ones more the castle provided shelter for Güssing's inhabitants to flee the approaching Turks, who were on their flight after their occupation of Vienna. Christoph and his son Adam II still pursued the Turks and engaged in their running fight. In 1700 the castle still served as an Arsenal for the imperial troops. 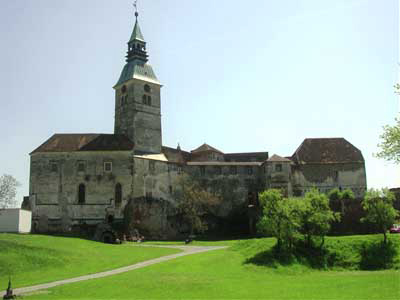 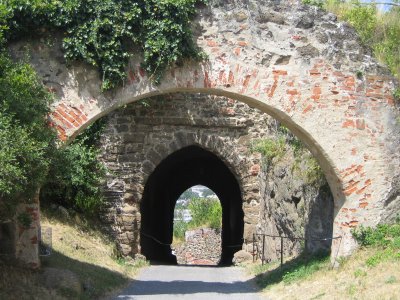 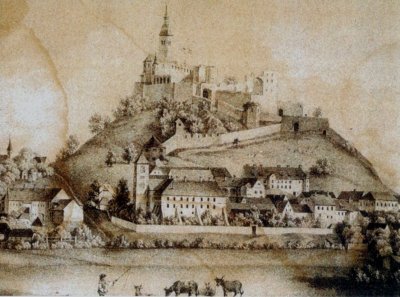 Times changed and due to the modernisation of warfare, the castle and fortress of Güssing slowly lost its strategic importance. In 1777 all guns were removed. Due to the high cost of maintenance and the introduced roof tax by empress Maria Theresia, the partly demolition of the castle's fortifications had begun.

Since the separation into the Christoph's line (older/princely line) and the Paul's line (younger line) after Adam's I death in 1659, but at the latest since Prince Louie Batthyány-Strattmann in 1787 made Körmend his main residence and centre of administration Güssing had lost its character as the centre of power for the Batthyánys.

Well knowing the importance of castle, family burial site and monastery in Güssing not only for the family but for the whole region, Prince Philipp Batthyány-Strattmann in 1870 established a foundation for the preservation of castle and monastery.

Due to the fact that the foundation had lost most of its capital during the years of inflation after WWI, ways and means had to be found in order to assure the preservation of castle and monastery also for the generations to come.

Guided by these motives, in the 1980ies the Batthyánys offered the public authorities/Land Burgenland the possibility to participate in the management of the Prince Batthyány foundation. That way important works of renovation and preservation could take place at the castle and monastery.

Today on the grounds of the castle, theatre performances, concerts and readings take place during the summer months. Some rooms can also be rented for private functions. It is also possible to celebrate ones civil wedding ceremony and church wedding in the chapel since last year.

The family museum gives only a brief insight into the 700 years history of the Batthyánys until today. Additionally one will find several other interesting exhibitions. 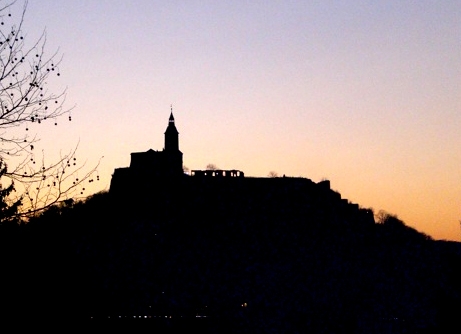 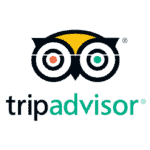 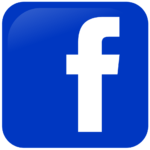 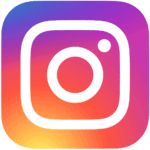